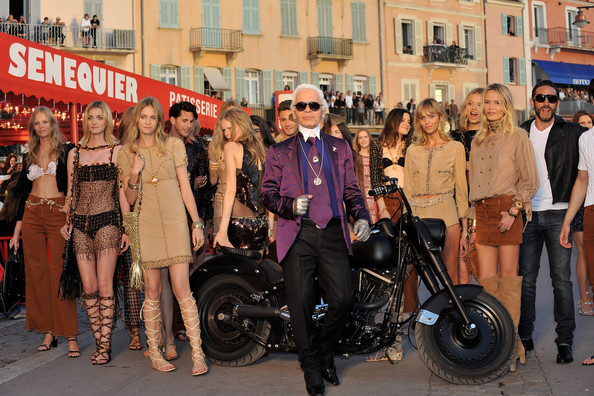 If you were in Cannes last night, chances are you’re one of Karl’s closest chums. To celebrate the Chanel designer’s new venture – a film – he invited some of his favourite friends to join him in watching the premier.

And when you’re Karl Lagerfeld, those friends include Diane Kruger, Georgia May Jagger and Vanessa Paradis, who all arrived in South France a day early – the Cannes Film Festival officially kicks off today – to enjoy Karl’s debut short film Remember Now and playing boules. Chic, non?

And just so you know, Remember Now is quite the fashion film, starring no less than five top models: Abbey Lee Kershaw, Karolina Kukova, Heidi Mount, Elisa Sedanol and Freja Beha Erichsen, to name names. And according to Elle UK, it was shown last night during Chanel’s Cruise show in St Tropez, in which Georgia May Jagger and plus-size model Crystal Renn took to the runway.

He’s full of surprises, that one.