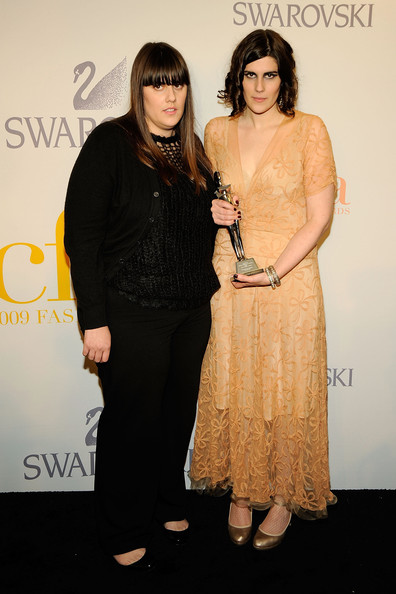 See why the Rodarte sisters are celebrating this morning, find out why Julien Macdonald and Crystal Renn have come to logger-heads, and the tricks of the airbrushing trade are revealed…

Let’s hope the Outnet.com sorts its servers out quickly, it’s just announced a big Balmain super-sale with 85% off on 22nd June. Not to be negative or anything, but the word crash comes to mind – Elle UK

Claws at the ready – who gets your vote? Julien Macdonald vs Crystal Renn on plus-size models – Grazia

Military fans – we’re talking about fashion, not men in uniforms, cheeky – are in for a treat if they like camouflage too: it’s Prada’s new bag for AW10 – Purseblog

Ever wondered what models really look like behind that airbrushing? Of course you have (every morning, if you’re like us). Well, Debenhams are on hand to reveal the tricks of the trade as it launches its first strictly-no-airbrushing campaign – The Telegraph