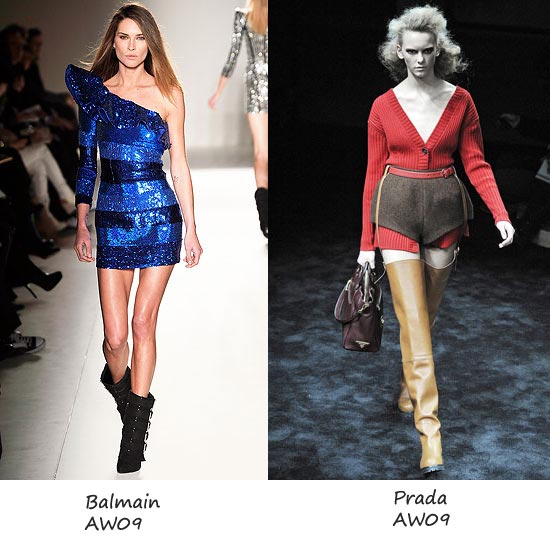 The sun is finally shining (well, sort of) and it’s time to start thinking about our spring/summer wardrobes. Right? Well to be honest, after all the excitement of Fashion Week, I just can’t help but look towards the colder months of 2009 and dwell over one particular recurring theme from the season’s shows: the ever rising hemline. It appears that â€˜short’ was the name of the game for many designers, which might come as something of a surprise to those of us who like to wrap up and keep the cold out during the blustery season.

Christophe Decarnin did as he does best at Balmain with the rock-chick trend, and alongside skinny trousers and harem pants, uber mini body-con dresses flashed across the catwalk in their electric colours. The Herve Leger show also did not disappoint loyal fans, as Max Azria’s reinventions of the trusty bandage dress were seen with new embellishments.

All very lovely, and just what we’ll like in time for the party season I’m sure. It just all started to get a bit worrying when a model at Jean Paul Gaultier stepped out in a leotard and tights. I know, it’s JPG. But wasn’t she a little chilly? I did however find comfort in the fact that said model was probably keeping at least a little warm in a plush fur coat. 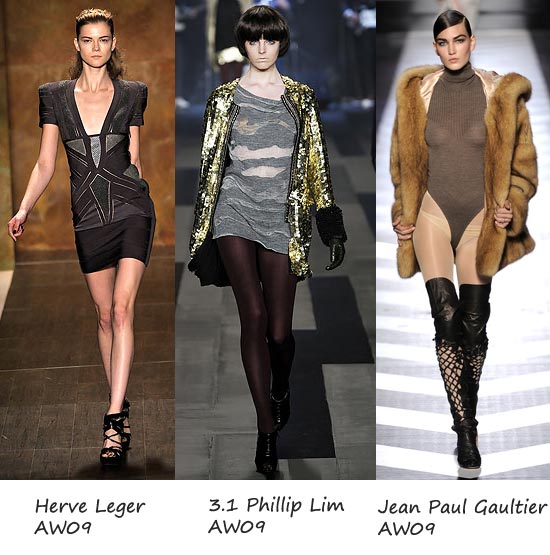 Tiny hemlines were seen everywhere from Versace (sexy) to Prada (outdoorsy), but this is not to say that flesh was always on show. For another trend seen on the catwalks at Rodarte; Hussein Chalayan; Stella McCartney and Antoni Berardi, was the thigh-high boot. Prada even showed some quite fetching over-the-knee waders to counter-balance the length of their bum-skimming shorts – how thoughtful!

So don’t catch a cold in the name of fashion, invest in some thigh-high bootsâ€¦ or maybe just some opaque tights, and then team your little dress with a long shirt a la Phillip Lim.

America's Next Top Models get violent