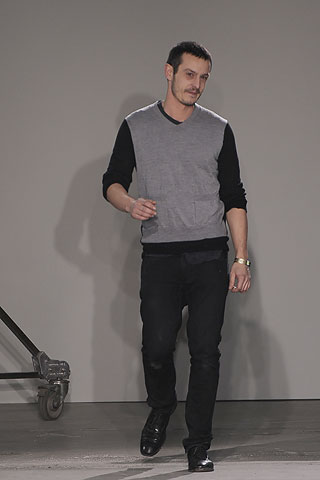 Last night was a good night to be a Scotsman, particularly for Jonathan Saunders, who’s head’s probably a little sore this morning – he was crowned with the much-coveted Scottish Designer of the Year title at the fifth annual Scottish Fashion Awards yesterday evening.

But he wasn’t the only one with a reason to smile. Many a Scottish style setter and other fashion figures besides trotted down the tartan carpet at last night’s awards ceremony – the likes of Amanda Wakeley, Peter Jensen, Antonio Berardi and Louise Gray among them – with some eager to get their hands on a golden gong.

Two lucky enough to do so and join Jonathan Saunders in the winning stakes were Holly Fulton, who scooped Scottish Young Designer of the Year, and Markus Lupfer who, er, isn’t strictly Scottish but won the International Designer of the Year award for using a Scottish fabric in one of his designs, Elle UK reveal.

So, with the Scottish Fashion Awards proving to be quite the fashion ticket, we leave you with wise words from Tessa Hartman, founder and producer of the event: “Scots are ruling the runways and they’re not going anywhere.”