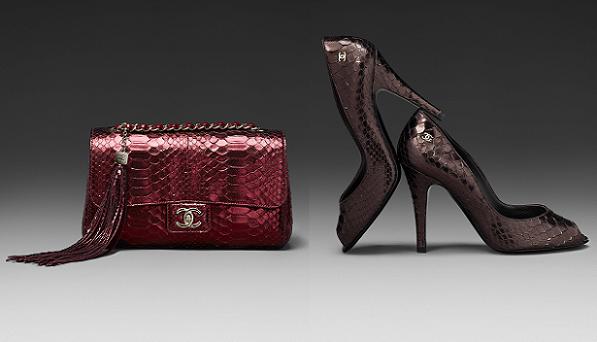 New Yorkers, you’re in luck – Chanel is re-opening its SoHo boutique today, and to celebrate, it’s launching a series of limited edition exclusives specially-designed by Karl Lagerfeld for the store.

And yes, you’d be right in thinking that’s the same re-opening that a certain Crystal Renn is starring in the campaign for.

But back to the exclusive collection and there’s eight pieces launching today to get excited about. Two coats – one double-breasted for women, one ankle-length for men – in soft lambskin and luxe faux fur, generously sized and styled with belts to recreate Karl’s winter wonderland; as well as three limited edition bags – a casual calfskin tote in red or black, a hand-held bag in cracked black calfskin with a tweed flap in either red or blue, and a chic clutch with the iconic chain strap and an oversized tassel comes in red, brown or metallic snakeskin, all of which bear a hidden Chanel SoHo 2010 label inside.

And there’s shoes, too. Chanel’s classic ballet pumps have been reinterpreted in iridescent snakeskin, either red or grey, as have a pair of peep-toe heels in brown or grey snakeskin – and there’s a black boot for both men and women, which has a decidedly urban feel.

It’s completely out of our price range, of course, but if you’ve got upwards of $1,000 (or £650) lying around, we suggest you get a move on – Chanel’s limited edition SoHo collection is available exclusively at the fashion house’s SoHo store from today, but it won’t stick around for long.