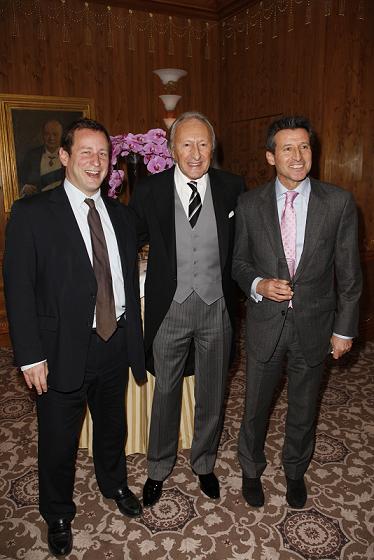 It seems congratulations are in order for Harold Tillman – after five months of waiting, the legendary fashion mogul was finally bestowed with his CBE yesterday morning by the Princess Royal at Buckingham Palace.

Tillman was appointed CBE back in June as part of the Queen’s 2010 Birthday Honours list for his services to the fashion industry – not only is he the chairman of the British Fashion Council, he also owns luxury British labels Jaeger and Aquascutumn, let’s not forget.

“It is a real honour to be recognised in this way,” he says. “The UK is home to some of the world’s leading fashion brands and I am proud to be associated with a number of them through the British Fashion Council and directly with Jaeger and Aquascutum. I am delighted to have been given the opportunity to acquire these two wonderful British businesses with true heritage and be part of their revival.”

Well, after four decades in fashion – and having turned London into a front-running Fashion Week – he thoroughly deserves his honour. Congratulations, Harold!