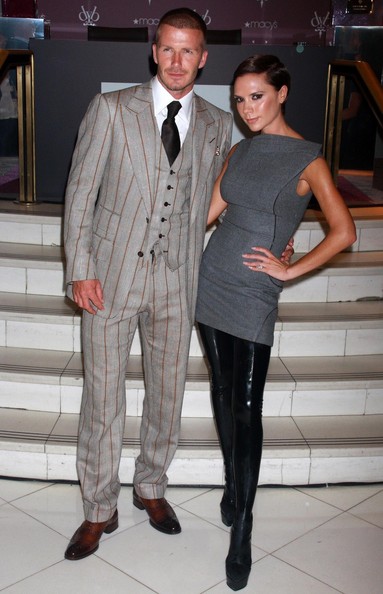 After months of speculation and high hopes from just about everyone (us included), Victoria Beckham has finally announced she’s expecting her fourth child with David – and we’re perfectly happy to admit we couldn’t be more excited if we tried.

A spokesperson for the couple officially confirmed Victoria’s pregnancy on Sunday – as did Victoria, who thanked her well-wishers on Twitter, naturally – and revealed the baby will be here in time for the summer.

“David and Victoria Beckham are delighted to confirm they are expecting their fourth child in the summer,” their rep told People. “Brooklyn, Romeo and Cruz are very excited about the arrival of their new brother or sister.”

The happy couple already have three sons together – Brooklyn, aged 11, Romeo, aged eight and Cruz, aged five – but were keen to expand their brooding empire of ever-stylish offspring (let’s not forget Victoria’s desperate for a girl).

Who’ll have first dibs on the photo shoot, we wonder?

Congratulations Victoria and David – we can’t wait to welcome your new addition to the world (fingers crossed for a girl)!