Two very beautiful women, with every designer at their beck and call, vying to get them to grace front row, or even better, walk the runway à la Lowe for Chanel. So why would they choose to ‘downgrade’ and represent the high street?

It more than surprised me to learn Chung, who is rarely seen without her trademark mini Chanel bag and sporting nothing less than an offhand, vintage-inspired, thrown-together outfit, took on Vera Moda. She’s not exactly a self-confessed admirer of the retailer’s average designs, and I can’t envisage Chung in its creations, either.

But Lowe’s venture into high street modelling is a little more understandable. Playing loyal to blood ties, Lowe is the face of her mother Pearl’s autumn/winter collection – her seventh – for purse-friendly retailer Peacocks, and looks a delectable vision in a range of vintage-inspired dresses.

But motherly love aside, the question still arises: why Peacocks when PPQ are on tap for this 5’10” beauty?

Quite ironically, in fashion terms, I see a ‘trend’ arising. High street mega-brand, H&M, snapped up world-leading models Freja Beha Erichsen, Anja Rubik and Raquel Zimmermann for their spring/summer and autumn/winter 2011 campaigns. Although appearing as a mutually beneficial alliance, frankly speaking they don’t need each other. The chosen models make mega-bucks from the biggest fashion houses, and H&M has a cult following thanks to its high-end fashion tracing abilities, super-popular designer collaborations and low price points.

But there may well be something else. The slick agenda behind top models and fashion’s darlings being scouted for high street purposes could comprise of the need to bring a high-end, luxuriated, it’s-good-enough-for-them feel to high street wares.

Or, maybe, it directly complements the success of past and future high-end designer collaborations with high street retailers such as H&M and Macy’s, reinforcing the idea that albeit these models are used to Chanel, they can just as easily covet and carry forward high street fashion to the masses.

In the Alexa x Vera Moda case, however, it may be a case of reviving a fatigued brand of high-street by using one of fashion’s most of sought after figures, as explains by a spokesman for the brand: “Alexa is the perfect choice for Vero Moda. We feel certain that the collaboration will take Vero Moda to a higher level and provide our brand with an added value.”

The campaign, which lands in November, didn’t grant Alexa’s creative energyc free reign in the Vera Moda studios, so I’m still intrigued as to how Alexa gave the Vera Moda the nod of approval to snap her up.

The endemic blurring between mainstream and high-end models may well end up working favourably for the brands endorsing it. Consumers would sit up and take notice if Karl Lagerfeld’s ‘favourite girl’, Freja Beha Erichsen, took on M&S or Debenhams.

But the thing that frightens me the most is the day we let fashion get one-dimensional and become far too consumed with the wearer rather than the very clothes we want to buy. 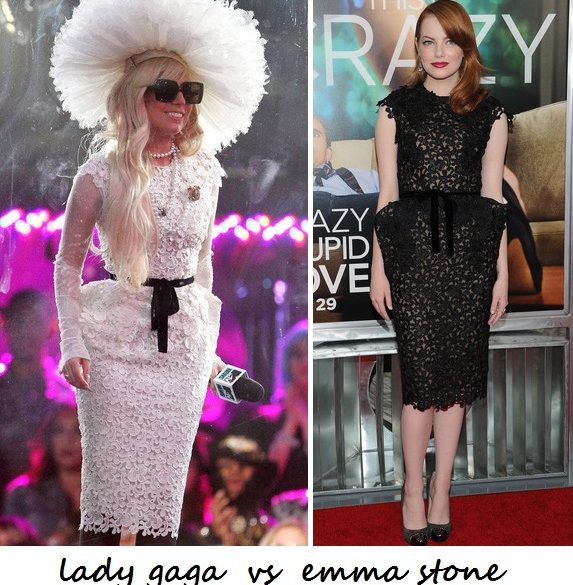 Who wore it best? Lady Gaga vs Emma Stone in Tom Ford 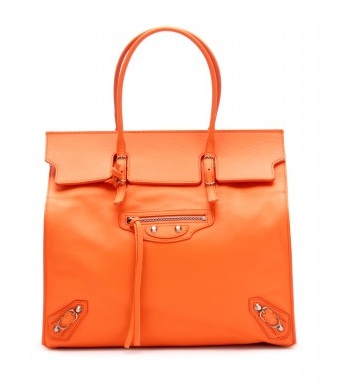