Forget Kate Middleton and Twilight‘s Bella Swan, the real big wedding of the year is on New York’s Upper East Side, with Blair Waldorf playing the role of the blushing bride on our beloved Gossip Girl.

What do you think of the first picture of the future princess in her wedding get-up?  We think she looks breathtaking, like a princess straight out of a fairytale the way Blair always wanted. Even though Leighton Meester is small and petite all over, it’s nice to see her character in a wedding dress with a full skirt, especially since a figure-hugging, slinky silhouette would have also complemented her figure beautifully.

Even though Blair channels our very own Duchess of Cambridge with her long, tousled, wavy brown locks, we (personally) would have preferred to see her with a slightly more sophisticated updo – it is a royal wedding after all – but perhaps this look worked better for what we believe is a runaway bride style scene, which was filmed in New York earlier this week. (Other pictures have emerged depicting what looks like Blair fleeing her wedding – scandal!)

So, who had the honour of creating the all-important wedding dress? The designer hasn’t been confirmed, although Grazia speculates it could be Vera Wang as Leighton is the face of her Lovestruck fragrance, while InStyle thinks it’s Monique Lhuillier, as the gown closely resembles the Emma dress from the ready-to-wear collection.

All will be revealed very soon. In the meantime, Gossip Girl is on ITV2 at 8pm tonight so we can get our “scandalous lives of Manhattan’s elite” fix. 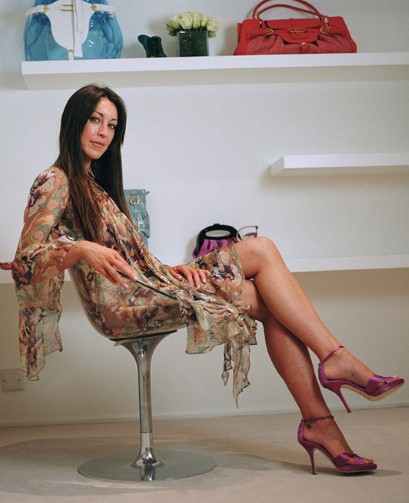 Is Tamara Mellon launching her very own lifestyle brand?