Tut tut, looks like Marc Jacobs should sit on the naughty step, as he has apparently used two underage models – 14-year-old Thairine Garcia and 15-year-old Ondria Hardin of Ford models – in his autumn/winter 2012 show during New York Fashion Week.

“I do the show the way I think it should be and not the way somebody tells me it should be,” the designer said in defense to his decision. “If their parents are willing to let them do a show, I don’t see any reason that it should be me who tells them that they can’t…There are children actors and children models for catalogs and stuff, so I guess if a parent thinks it’s O.K. and a kid wants to do it, it’s fine.”

While using underage models isn’t strictly prohibited, it is somewhat frowned upon. After all, those CFDA rules and guidelines were put in place for a reason.

Most of the modelling agencies have complied with the CFDA rules, and as a result, have signed an agreement to only feature boys and girls over the age of 16 on the catwalk. Ford models, however, didn’t sign the pledge… 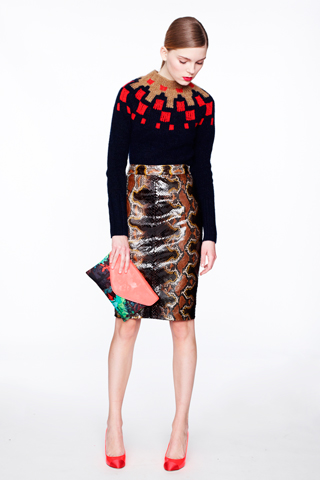 J Crew is coming to London!