True story: the other day, we were quietly pondering what the Met’s Schiaparelli and Prada: Impossible Conversations exhibit would actually entail, and when we were going to learn more details about it… and lo and behold, more details have suddenly emerged!

Coincidence or magic, it doesn’t matter, we wanted answers, and that’s exactly what we got. And then some!

The Elsa Schiaparelli and Miuccia Prada exhibit will apparently focus on seven different areas, and depict the correlations between the two designers that lived eras apart. So, here’s a rundown of what we can expect, taken from a press release from the Metropolitan Museum of Art.

“Waist Up/Waist Down” will look at Schiaparelli’s use of decorative detailing as a response to restaurant dressing in the heyday of 1930s café society, while showing Prada’s below-the-waist focus as a symbolic expression of modernity and femininity.An accessories subsection of this gallery called “Neck Up/Knees Down” will showcase Schiaparelli’s hats and Prada’s footwear.

“Ugly Chic” will reveal how both women subvert ideals of beauty and glamour by playing with good and bad taste through color, prints, and textiles.

“Hard Chic” will explore the influence of uniforms and menswear to promote a minimal aesthetic that is intended to both deny and enhance femininity.

“Naïf Chic” will focus on Schiaparelli and Prada’s adoption of a girlish sensibility to subvert expectations of age-appropriate dressing.

“The Classical Body,” which also incorporates “The Pagan Body,” explores the designers’ engagement with antiquity through the gaze of the late eighteenth and early nineteenth centuries.

“The Exotic Body” will explore the influence of Eastern cultures through fabrics such as lamé, and silhouettes such as saris and sarongs.

“The Surreal Body” in the final gallery will illustrate how both women affect contemporary images of the female body through Surrealistic practices such as displacement, playing with scale, and blurring the boundaries between reality and illusion as well as the natural and the artificial.

So, what do we think? Will it break the records that Alexander McQueen’s Savage Beauty retrospective set? 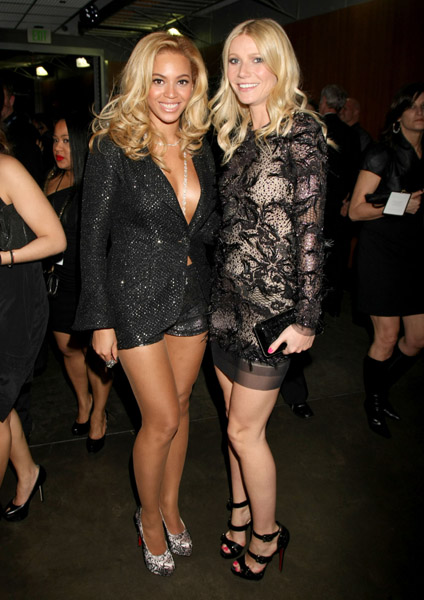