We told you last week on Twitter that famed photographer Annie Leibovitz let the cat out the bag and revealed that she had respectively shot Rihanna and Anne Hathaway for the next two issues of American Vogue… and now Ri-Ri’s November cover has finally been unveiled.

This is the second time the saucy Bajan songstress has graced the cover of the fashion Bible, but it’s just as, if not more, captivating as her debut. (Click here to refresh your memory! Oh and don’t forget she also wowed on the cover of British Vogue too…)

Rihanna rocks red like a pro, so kudos to the stylists for choosing the beautiful Valentino dress – it’s utter perfection! She may have shorter her and less in-your-face cleavage, but the sexiness is still very apparent. This is Rihanna after all, we think most people would agree that she’d exude sexiness in anything!

Do you love Ri-Ri’s second Vogue cover or was the first one more up your street? Let us know your thoughts! 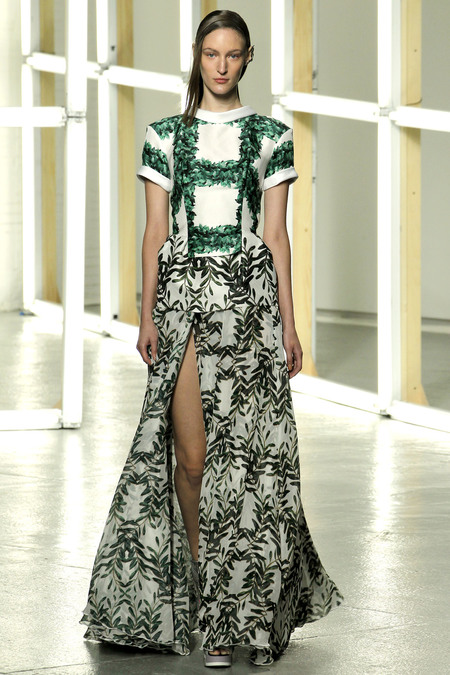