The fashion industry is built on dreams; the internal desire to shine brighter than our counterparts, to have ‘the best’, and be considered ‘perfect’ in a world which increasingly demands such. The right stylist and photographer can set the mood for – and sell – such dreams with apparent ease.

As the number of people entering creative industries such as photography increases, so does the need for such individuals to prove themselves as truly different and/or revolutionary.

In regards to fashion photography, it is iconic, debate-stirring images which can quickly create household names of both the snapper and their subject.

The Most Controversial Fashion Photographers of All Time

2010’s year-closing edition of French Vogue featured a shoot by NYC-based snapper Sharif Hamza entitled ‘Cadeaux’. The shoot probably wouldn’t have raised any eyebrows if it were not for the fact that the model within – Thylane Lena Rose Blondeau – was just 10 years of age. Many Vogue readers, industry types, and news journalists considered the images too sexualised.

The model’s mother – fashion designer Veronika Blondeau – defended the images, contending the only thing shocking about them “is the necklace that [Thylane’s] wearing, which is worth three million Euros.” While Hamza is prevalent in the realm of fashion photography, this is more for his iconic imagery than purposely divisive content.

Steven Klein reached a whole new level of notoriety in June this year, when his series of photographs of ‘violently attacked’ women appeared in Bulgarian fashion magazine 12. One model appeared to have her throat slashed, while another had a black eye. 12 had to quickly defend themselves for printing the unnerving images, stating the publication “does NOT support violence of ANY kind, and [it] is NOT a shoot glamorising, encouraging or supporting violence against women.”

The American photographer – also known for the 2003 X-STaTIC PRO=CeSS exhibit he directed with Madonna, and Lady Gaga’s ‘Alejandro’ promo video – conceptualised the shoot around the notion of ‘fashion victims’; a term suggesting the industry is oppressive, and does not serve the interests of women. Judging by the above image however, Klein was simply inspired by the recent, horrific Human Centipede films…

Italian snapper Oliverio Toscani is most famed for his work with clothing and lifestyle brand Benetton. Most of these campaigns simply comprised an image which could be considered controversial due to dominant Western ideology and discourse, teamed with the company’s green logo. Toscani made no secret of his aim to challenge perceptions through his use of homosexual, multicultural, AIDS-related, anatomical or otherwise controversial imagery.

Toscani stopped working with Benetton in 2000, but caused hullabaloos once more in 2005 with advertising for clothing brand Re-Ra (which featured a same sex couple kissing, and caring for a child), and in 2007 with an anti-anorexia campaign (which featured the alarmingly skeletal, now deceased supermodel Isabelle Caro).

Londoner Aitken Jolly is comparatively new to the world of fashion photography – he first stepped away from his work as a shoot assistant and went solo in 2008. Jolly has built up his profile recently with iconic snaps of A List types like Janet Jackson, Katie Price and X Factor runner-up Cher Lloyd. His most controversial session to date however was a demented fairytale entitled ‘Circus Humanus’, which featured in edition 28 of Danish magazine Dansk.

The shoot comprised several ‘conjoined limbs’, a pair of sphinx cats and a fat naked guy (the most fashionable accessory of all, obviously). The Dansk website claims the “publication […] brings inspiration to its readers and challenges the boundaries of fashion both in Denmark and internationally.” Can’t argue with that!

In 2008, Madrid-based photographer Paco Peregrine conducted a fashion shoot by the name of ‘The Blood Show’ with designer Kattaca for a fetish-meets-fashion periodical. The image series featured young models with bloodied, beheaded soft toys and fake meat steaks strewn about the place, in order to make some bizarre – yet important – statement about the female reproductive system (probably).

Peregrine’s artistic background originated in drama productions, and so it is not surprising theatrics would be comprised within his photography work also. Peregrine’s reputation for producing images through which the ‘personal conceptual reflections’ of the subject are clearly demonstrated has seen the artist also work with fittingly oddball celebrity and rock God Marylyn Manson.

Oral fixation is common theme within the photographer’s extensive, sexually-charged portfolio. One of Richardson’s most recent shenanigans however, involved snapping attention-seeking actress Lindsay Lohan, who posed with a gun held to her head.

Guy Bourdin (1928 – 1991) is often cited as one of the greatest – and one of the most controversial – fashion photographers of all time. He was the first to implement interesting but often confusing narratives within his work, to create visuals alien to those formed on standard sets. Often, a single shocking, exotic or surreal moment was captured to promote an item, rather than the lens fixing on said item itself. For example, the pink wedge shoes in the above murder scene are the supposed focal point.

If the line between fashion and pornography seems very slim these days, you have German-Australian photographer Helmut Newton (1920 – 2004) to thank. Newton was the pioneer of provocative, black-and-white fashion photographs featuring nude and semi-nude females. Newton heavily influenced the work of other, before-mentioned polemical photographers Guy Bourdin and Terry Richardson, and his lasting impact on the art of photography is undeniable.

Pictures like the one above might not seem immediately controversial. It was published in the 1950s however; a period when women were fighting hard for social emancipation. There was much debate regarding whether Newton’s photos empowered women, or objectified them too much to see them secure equality. The fashion industry didn’t care either way and key brands like Vogue, Harper’s Bazaar and Playboy hired Newton’s talents wherever possible. 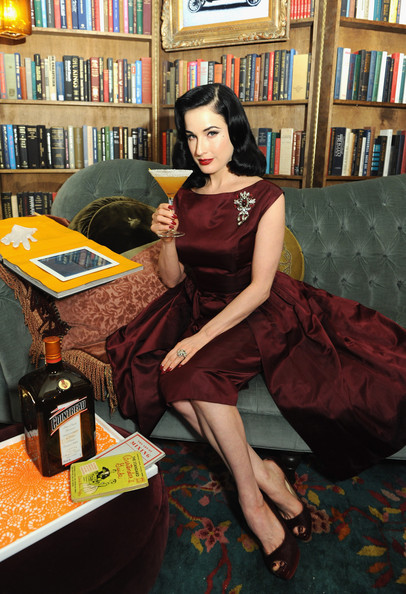 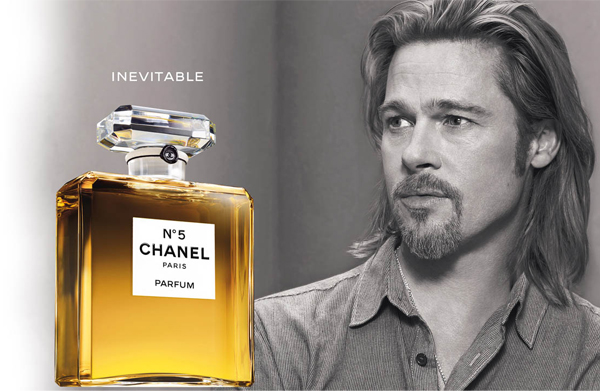