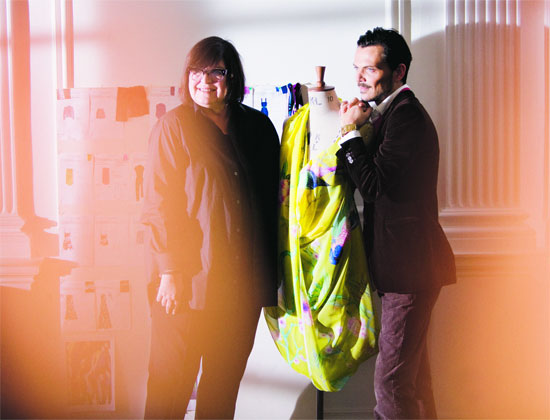 The excitement is building, oh yes it will soon be time. Matthew Williamson’s collection for H&M is on it’s way. And the first titbits of information have just been released.

Matthew Williamson will be modelling the menswear line that he has created for the high street brand, whilst the designers’ favourite model Daria Werbowy (previously modelled for Roberto Cavalli, Isabel Marant and Australian Vogue) is the face of the womenswear collection.

The campaign will see the dynamic duo appearing in television and print advertisements wearing Williamson’s highly anticipated clothes. The images have been shot by Solve Sundsbo in gorgeous Mexico, so I think we can expect Williamson’s beautiful trademark exotic prints to be making an appearance.

The range launches this April, it’s sure to be a sell out, so I’m off to hunt for my tent and sleeping bag. It’s never too early to start queuing for a piece of Williamson!

Is Alexa Chung, getting a New Look?