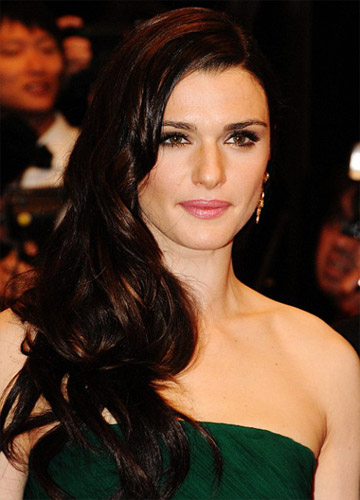 The stars of the silver screen have really been working their fashion legs over the past few days. Whereas normally stars just hit the red carpet looking glam in their evening gown, at Cannes eyes on are on favourite starlets both day and night.

So, of course an effort is being made 24/7. Monica Bellucci and Sophie Marceau looked stunning in their daywear. I never thought a silver jumpsuit could work but it really does. And, then they teamed up for the premiere of their film â€˜Don’t Look Back’, where Monica stole the limelight in her figure-hugging gown.

Rachel Weisz showed off fab style and a great figure in her day and night choices. For night, she chose a stunning emerald green gown with a gentle hair wave and subtle make up. Then for day she slipped on an olive green Christian Dior dress and looked truly fantastic.

Mariah Carey has been out strutting her stuff in a number of gowns. She’s at Cannes for the screening of her new movie Precious, yes that’s right she’s made another film. She worked a figure hugging Dolce & Gabbana black dress to perfection for the premiere. But, she also looked sublime in a Roberto Cavalli number for a party on Cavalli’s boat.

Other gorgeous girlies included Paula Patton who looked fabulous in coral, Elizabeth Banks had another winner of an outfit in a silver Zac Posen dress. Eva Longoria wowed in an incredible Atelier Versace gown. And Abbie Cornish’s gown shouldn’t have worked at all, all those layers are a little 80s bridesmaid but she pulled off the Toni Maticevski number. Juliette Binoche played it demure in a burgundy Lavin dress.

Model Doutzen Kroes and actress Evangeline Lilly opted for cut away gowns, these were probably the least successful outfits, although they weren’t fashion disasters. Michelle Yeoh looked magnificent in her beaded dress, whilst Asia Argento looked stunning in a midnight blue tiered dress.

It's over folks. Anna Wintour's 60 minutes is up!