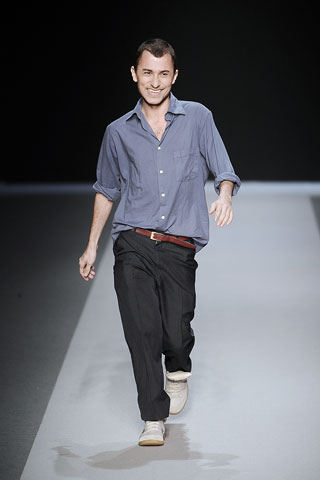 After weeks of speculation, the French fashion house and head designer have decided to part ways, according to WWD.

Further details of the change – said to have been made by “mutual agreement” – are yet to be released, and the person who will take over from Esteban has not been named.

The head designer – who joined the label in 2007 aged 23 – was said to be unhappy with the direction the fashion house was taking in recent months.

He was believed to be against a proposal which would have seen ‘Mean Girls’ actress Lindsay Lohan come on board as a “creative consultant”.

A source told the New York Post newspaper: “Esteban is threatening to leave the company if they bring Lindsay on as a consultant. It has been a revolving door of designers there and if he leaves, his team will go with him.”

However, last month Esteban claimed he had to plans to leave the label. Speaking at the Ungaro menswear show, he told WWD: “For now, I am here.”