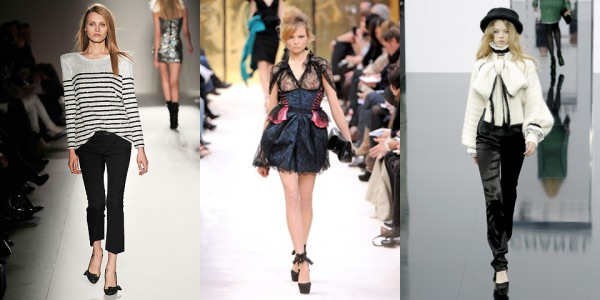 The Parisienne darling reiged the runways of designers such as Marchesa, Chanel, Louis Vuitton, Erdem and Rosksanda Ilincic.

Lashings of sheer black stockings, glossy red lips, and just a glimpse of lingerie all add to the playful feel of the Parisienne look. Prepare to be seduced…

AW09 Trends: The Thigh's the Limit