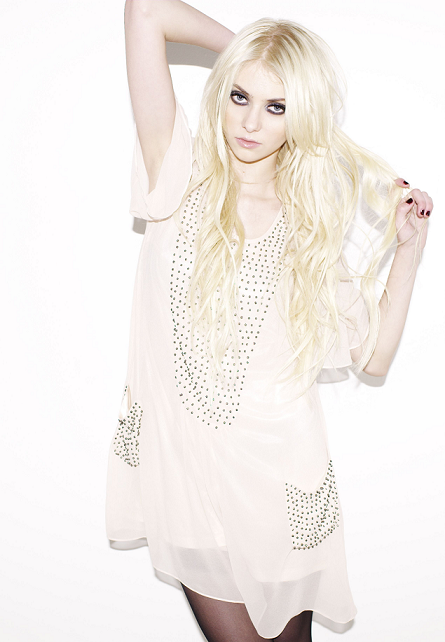 We’ve been listening out very carefully since the rumours surrounding Taylor Momsen for New Look arose late last year, and it would seem the gossip surrounding this girl is true: she’s been confirmed as the face of the brand.

New Look have secured another fashion feat in the form of the 17-year-old Gossip Girl actress and all-round style-setter, and we’ve got an inkling that as one of the most talked about teenagers on the fashion scene, she’s about to entice a whole new generation of rock chick’s into the high street store.

Taylor follows in the esteemed footsteps of fellow fashion icons Lily Allen, Agyness Deyn, Alexa Chung, Pixie Geldof and, most recently, Kimberley Walsh, who have all fronted campaigns for the company.

â€œWe were delighted to work with Taylor as her individual look is creating waves in fashion circles internationally. She’s perfected the rock chick look and never fails to give it a Taylor-twist, making her a favourite with our online community MyLook, a spokesperson for New Look said of their new coup.

â€œTaylor was very involved with the styling of the shoot with the result that her personality came through in each of the looks. She loved the clothes and took armfuls home!

It’s alright for some.