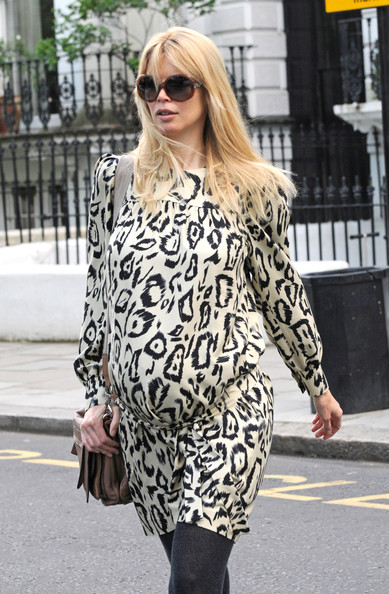 Congratulations really are in the air today, and not just for fashion’s happy couple: Claudia Schiffer has announced the birth of her third child, a baby girl, over the weekend.

The supermodel gave birth to her daughter – the third child she shares with her film director husband Matthew Vaughn – on Friday afternoon, and though the couple are yet to decide on a name, both mother and baby are reported to be doing just fine, according to Vogue UK.

Looks as though Karl Lagerfeld got his Claudia cover shoot done just in the nick of time, only last week did she appear naked on the front of German Vogue – baby bump and all – for an entire issue dedicated to her.

Congratulations, Claudia! Now to guessing the name; considering she’ll be a sister to Casper, 7, and Clementine, 5, we’re going out on a limb and predicting it’ll begin with C…