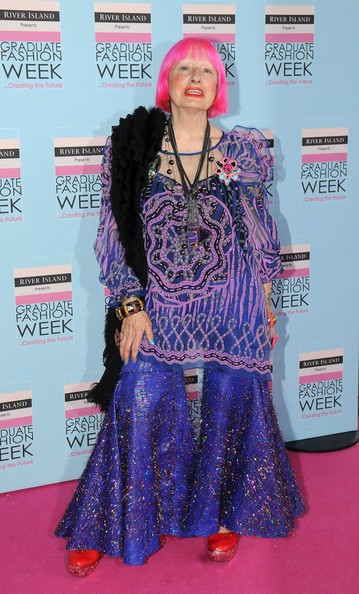 So the students have flocked and the graduates have gone as the 19th annual Graduate Fashion Week has drawn a close – but we now have the names of the young designers who’ll be making their way to the top of London’s ones to watch.

Earl’s Court has been jam-packed with aspiring fashionistas this week as the latest crop of fashion graduates from across the country gathered to showcase their talents to the industry’s elite in a bid to make a wave in London’s emerging fashion scene – and make a wave they did.

None more so than Rebecca Thompson, in fact, who has firmly planted herself top of the ‘stars of the future’ list after winning the much-coveted (and most prestigious) River Island Gold Award, and a tasty £20,000 to boot.

“We have all agreed on the winner because of her good sense of proportions, the unusual and interesting combination of fabric and for the contemporary feeling of her collection,” said Alberta Ferretti, who was among the five judges. “She proved to be a complete designer, with creativity and strong knowledge of tailoring.”

But Rebecca wasn’t the only winner. Rhea Fields from Northbrook College scooped the Womenswear Award, Anna Lee from De Montfort University took home the Zandra Rhodes Catwalk Textiles Award and Kitty Keay from Colchester School of Art won the Mulberry Accessories Award – and, putting the icing on the couture cake, they were joined by a host of fashionable faces to help celebrate.

Congratulations one and all.

Alberta Ferrettigraduate-fashion-weekRebecca Thomsponriver-islandwinners
This page may contain affiliate links. We may receive a small commission when you click an affiliate link and make a purchase. This helps keep My Fashion Life running so we can provide you with high-quality content regularly. Thank you for your support!