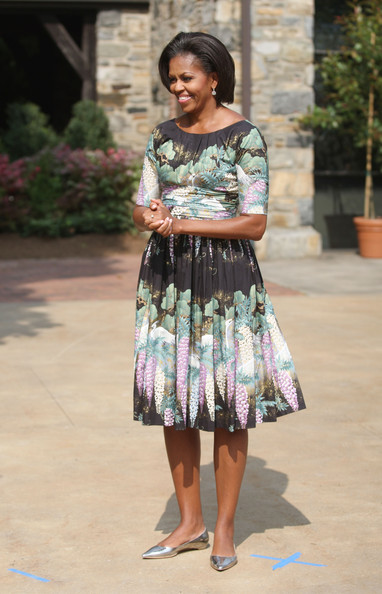 If ever there was a real life Wonder Woman, you can bet it’d be Michelle Obama – the First Lady has just been named the most powerful woman in the world, beating Oprah Winfrey, no less, on the Forbes 100-strong global list.

Rising an impressive 39 places from last year, Ms. Obama pipped Irene Rosenfeld, ceo of Kraft foods, and Oprah Winfrey – who came second and third respectively – to the number one power-post this year.

And all because, according to Forbes, she’s “given a new generation of girls and women around the world a role model,” and has “made the office of the First Lady her own” – not to mention become an international style icon.

What inspires fashion's most influential designers?