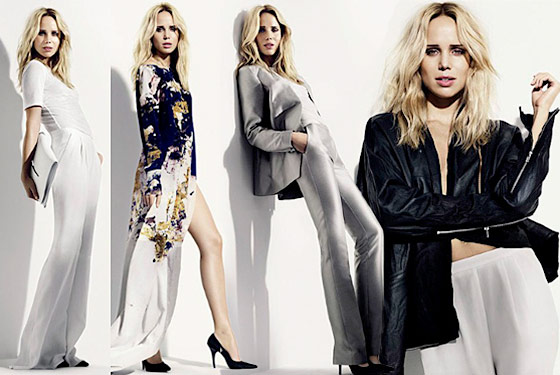 Fashion bloggers have held a firm grip over the fashion world for some time now – they’ve consulted, sat front row and even helped launch collections – but now it seems the talents of one in particular have been taken one step further: by designing for H&M.

The Swedish retail giant is set to launch its latest capsule collection – yes, the ones that have previously seen the likes of Lanvin, Sonia Rykiel, Matthew Williamson and Stella McCartney create hugely sought-after low-cost lines – in February this year, but this time there’s not an A-list designer in sight.

Nope, this time the new girl about town is a little-known fashion blogger – at least to those of us to who don’t live in Sweden – called Elin Kling, who’s currently a huge hit on the country’s fashion scene and is held as their ultimate style-setter.

According to Fashionista.com the collection will feature nine pieces and two accessories in total reflecting Kling’s signature minimal-meets-rough-edged-meets-bohemian style, with 10% of all sales donated to UNICEF.

But it’s bad news for non-Swedish folk – the collection will only feature in 10 select stores across Sweden.