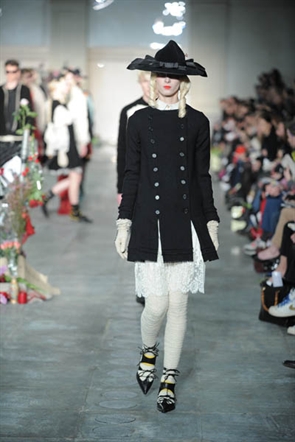 Thoughts: We’re not sure if what we witnessed was a runway show or a ritualistic march at Meadham Kirchhoff yesterday, but we’re rather fond of what we saw.

Starting with a finale, the designer duo put on what must be a record short show of about four minutes with all models storming the catwalk at once in army-like precision – they appeared again, briefly, before Ben Meadham and Edward Kirchhoff popped out with a thanking wave, alerting the audience they should’ve clapped at the second stomping.

It was actually very effective, and very clever. With shrines to the designers in the centre of the runway and a piercing Psycho soundtrack, the label’s autumn/winter 2011 collection is signature-sinister with models that look part Pagan, part peasant, part school girl hitting the ground in heavily layered looks. 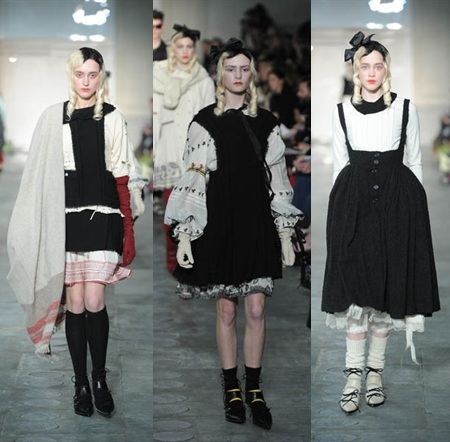 It was dark, decadent and, to be honest a little confusing, but its shell-shock factor is a resounding success, especially at second glance. 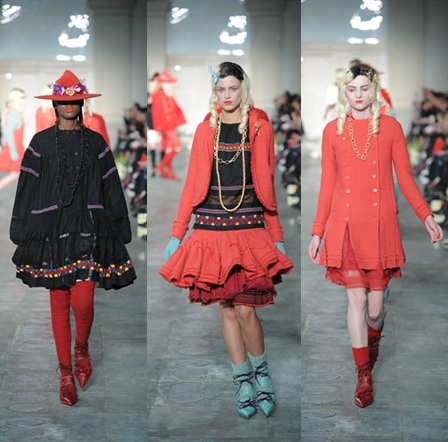