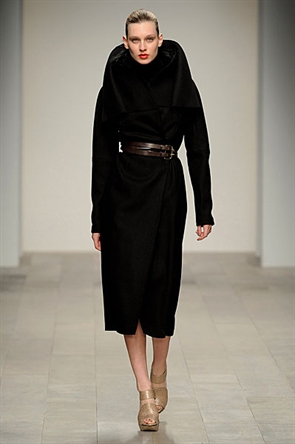 What: Power-dressing, body-con and luxurious fur.

Thoughts: Opening with a model wearing the sleekest of ponytails and a long, black, belted coat that was trimmed with opulent fur, the overall feel of the Amanda Wakeley collection was clear – luxe, power-dressing for the no-fuss female.

Body-con black dresses with graphic cut-outs and stiff-peplum skirts screamed sophistication as did the leather belts that cinched in the waists of almost every look. White played a big a part in the collection and the funnel-necked coats went straight to the top of our winter wishlist, whilst the use of bronze and camel shades together with a mix of leather and fur made one of the most luxurious looks we’ve seen this season. 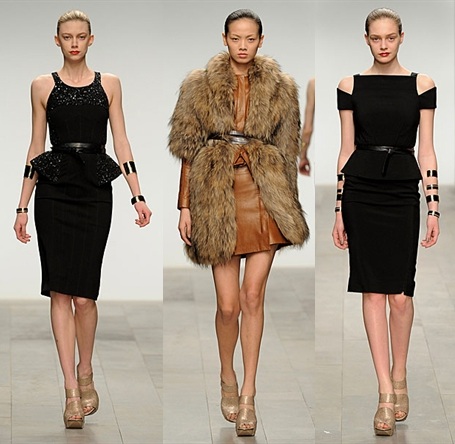 There were softer elements, though – draped dresses and some shorter flared skirts meant there was room for girlyness amongst the other hard lines. There was a fantastic use of chainmail on a very feminine skirt and as detailing on several of the gowns, and sheer panels were draped over cocktail dresses, lengthening the sillohuettes and softening the peplum skirts.

The Amanda Wakeley autumn/winter 2011 collection is for the fiercest woman who knows what she wants and when she wants it. Glossy and groomed to perfection, this is the sort of women we all, at some point, wish we could be. 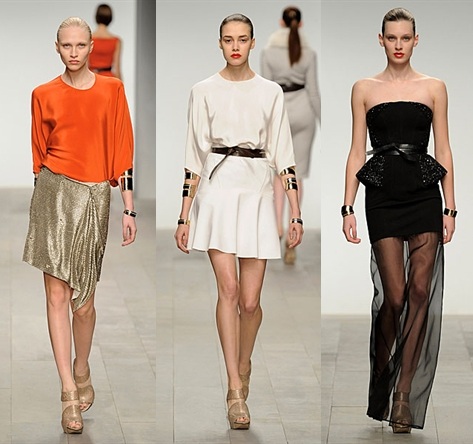