Hosting a star-studded, lavish runway show was only part of what Mulberry had in store for its famous and fabulous guests during London Fashion Week. After the applause had stopped and the doors to the Claridge’s Ballroom had closed, Ronnie Cooke Newhouse and Emma Hill had a few hours to prepare to host an intimate dinner for 80 very lucky guests.

Despite being M.I.A for the fashion show, Alexa Chung made it to the event, looking very stylish in a Truffle boyfriend coat from the collection that only just made its debut a few hours earlier. Joining Alexa on the guest list were Michelle Williams, Lana Del Rey and Elizabeth Olsen, who all wore custom made autumn/winter 2012 dresses. Leigh Lezark, Gillian Anderson, Pixie Geldof, Michelle Dockery and Alexandra Roach were also some of the lovely looking ladies in attendance.

Lana Del Rey was of course toting her namesake bag in beautiful white ostrich when she arrived, and also treated guests to a fab acoustic set. How’s that for entertainment?!

We would have loved to have been a fly on the wall during the dinner, if only to just witness the conversation that took place among the A-listers and hear the lovely Lana sing. Who do you think looked the best in their Mulberry getup? 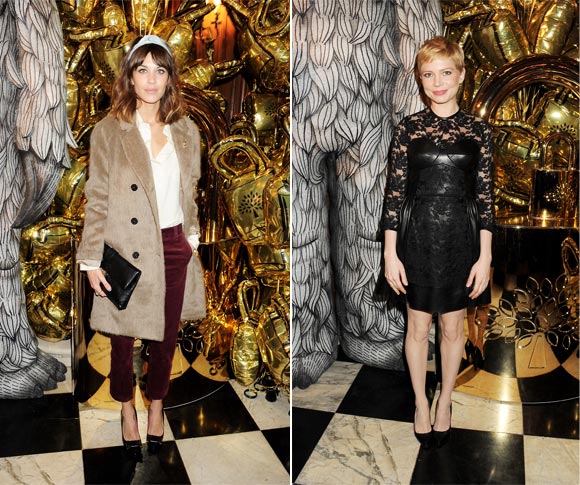 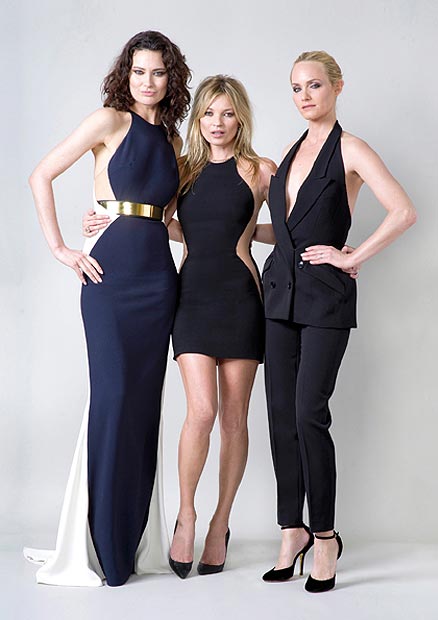 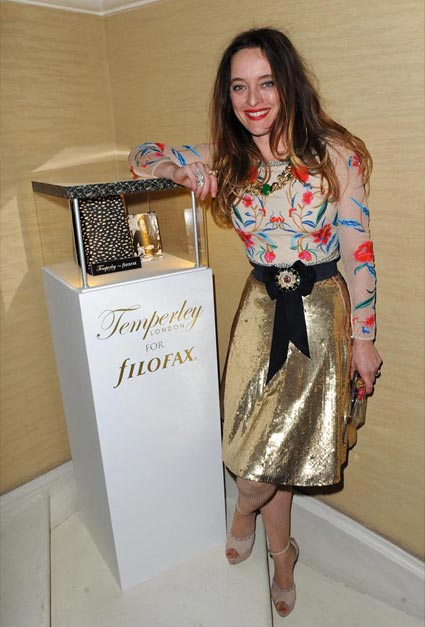