We’re all accustomed to seeing rather disturbing imagery and advertising campaigns that highlight the plight of victims of domestic violence, child abuse, and poverty and horrific crimes such as rape and although we take note of the message being conveyed, we rarely bat an eyelid or wail out in retaliation against what we see.

Yet when a beauty spread in Bulgarian publication, 12, featured six stunning models with serious injuries to various parts of their face, including black eyes, cut lips and slit throats, certain Samaritans jumped on the ‘glamorising domestic violence’ bandwagon and did nothing but viciously, and rather ironically, attack, attack and attack.

Admittedly, when I first came across the ‘Victim of Beauty’ editorial, I did indeed find the images harrowing and found myself taken aback by the graphic nature and upsettingly real depiction of what a victim of severe brutality looked like. Severe brutality, may I stress. Not just the subject of a wife-battering, or any other form of domestic violence.

That’s not to say the injuries in the editorial aren’t comparable with those sustained by unfortunate victims of this sad reality, but, at first glance I immediately saw a woman who was possibly mugged, randomly attacked by a savage passer-by, or someone who had escaped something as dark as kidnap. Not at any point did it occur to me to reinforce cultural stereotypes by instantly assuming these women had solely suffered at the hands of their partners.

So I ask: why so much angst for something that depicts reality? Think back to the over- airbrushed images of superstars and models such as Julia Roberts and Christy Turlington in dreamy beauty ads that make headlines because they depict unreal beauty. Yet we all aspire to look just like the impossible picture before us, and rush to beauty counters to invest in the next wrinkle ‘eraser’ while the cosmetics industry keeps pouring out unattainable images of perfection by the truckload.

The very problem lies here: we have no issues with ‘fake beauty’, yet real situations with attainable physical consequences are deemed too dark and disgusting for daytime viewing. Maybe the editorial in 12 is depicting a woman’s manic relationship with beauty; that no matter what state she maybe in, she’s a slave to looking good. But the only thing separating these beautiful, injured models from the Christy’s and the Julia’s is that the former exist everywhere, and the latter only on computer screens.

It’s time to applaud controversial approaches to real issues intertwined with physical appearance and beauty rather than dismissing these as grotesque and twisted, because these factors transcend social barriers, fashion closets and the beauty cabinets of millions of women around the world, many of whom do not have abusive partners. 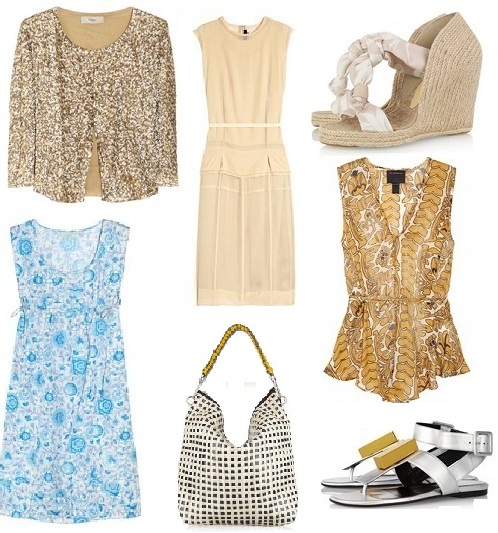