The September issue of any fashion glossy is always going to have something special in it, but that couldn’t be more true for Elle UK, as the mag managed to secure a world-exclusive interview with the one and only – usually very secretive – Mr Giorgio Armani!

If Rosie Huntington Whiteley’s beautiful face isn’t reason enough to buy the magazine, this explosive interview definitely should be.

Giorgio Armani talks openly about his greatest sacrifices, as well as friendship, fellow Italian designers such as Roberto Cavalli and Versace and much more.

Here are a few cheeky snippets from the incredible interview:

Giorgio Armani on his greatest sacrifice:

“Life, I have sacrificed life. The life of a young man when I first started out and the life of a grown man at the age I am now.”

On whether he has time for friends in his life:

“It is even more so now. Even harder, which is very sad because life is all about friendships, discovering people’s personalities, falling in love, not just once or twice, but often. In a word, life.”

“Burlesque. These designers have no reserve. They’ve chosen a path and thrown themselves onto it head first, regardless of everything. Whether or not their designs are sellable or vulgar. As long as it’s new and people talk about it. That is the truth.”

On why he doesn’t like to use supermodels in his catwalk shows:

“During a fashion show, I want the clothes to speak. The effort I put into my work must be respected. Far from the catwalks, however, it is personality that must come to the fore, as well as the capacity to interpret a dress – a brain is more important than a body.”

On being perceived as a fashion icon:

“I absolutely do not feel like an icon. I am aware that I have achieved a certain resonance in the world and that I have done something significant and made people talk about me…I think I have been a very lucky man.”

More in the September issue of Elle UK – out now! 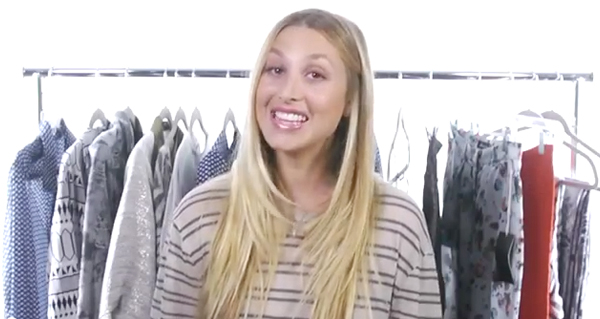 Whitney Port wants you to pay for her upcoming fashion show!

Bored with jeans? Try these leggings!