Time for the likes of Lanvin, Balmain, Rick Owens, Nina Ricci and Roland Mouret to have their turn on the Paris Fashion Week spring/summer 2013 catwalks now. Some designers stuck to what they know while others went for quite a big image overhaul.

We think we’ve reached that stage where we can recognise a Balmain dress when we see one, and it looks like that’s still the case with this season too. Akin to those Herve Leger bandage dresses, the Balmain dress has become an instantly recognisable celeb wardrobe staple, and we actually look forward to seeing the slightly revamp on it season after season. It’s not a case of asking which celeb will be wearing the dresses but rather which ones won’t!; and we can totally see current-girl-crush Gwen Stefani in those harlequin print jumpsuits, can’t you? 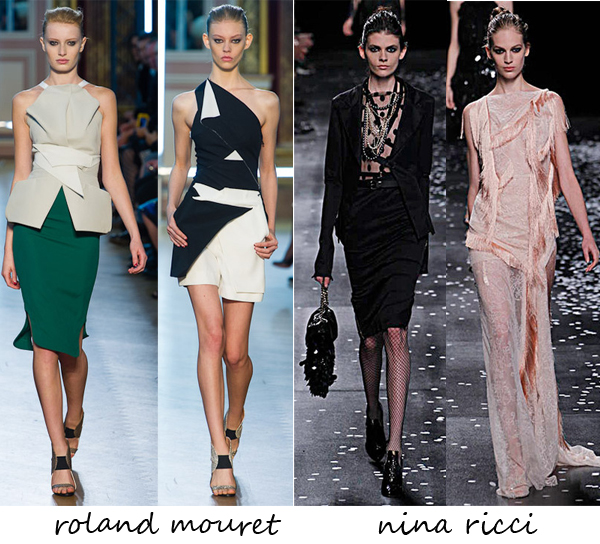 Nina Ricci gave us signature, classic romanticism with a bit of a gothic twist this season… and it looks like that good old Fifty Shades of Grey influence is apparent in yet another collection as out came the dominatrix-inspired bondage pieces!

We always look forward to a Rick Owens collection, and this one was no different. Described by the designer himself as “a little bit hallucinogenic”, the spring/summer 2013 outing featured shiny, intense and almost godlike pieces, with lots of structure and definition to boot. Mad props to the hair department, too! 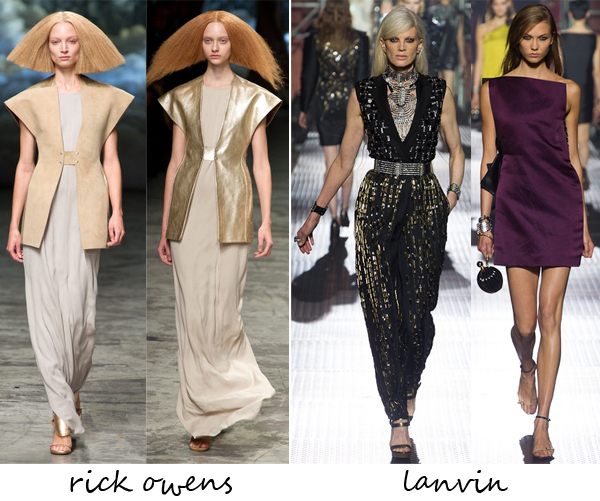 And then there was Lanvin; Alber Elbaz went for a slight change in direction for this season, but that’s not necessarily a bad thing. We just don’t think the man can put a foot wrong, as he presented yet another flawless collection comprised of loud, statement pieces with a relatively more subtle and refined angle than previous outings. We love the purple dress Karlie Kloss is rocking, but do we think anyone will be able to look even half as good in it as she does? Let’s wait and see if anyone will brave it! 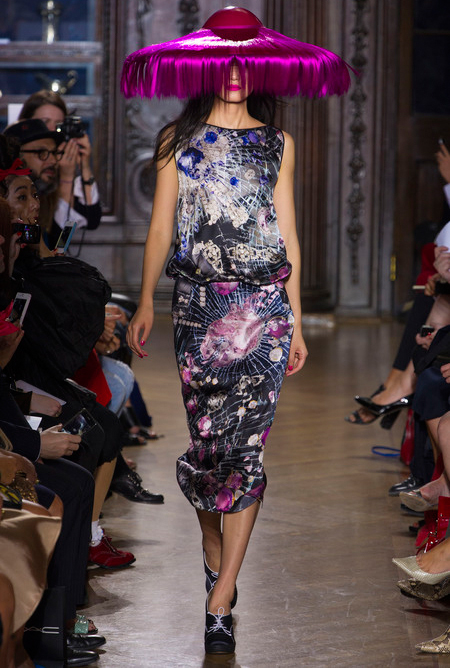 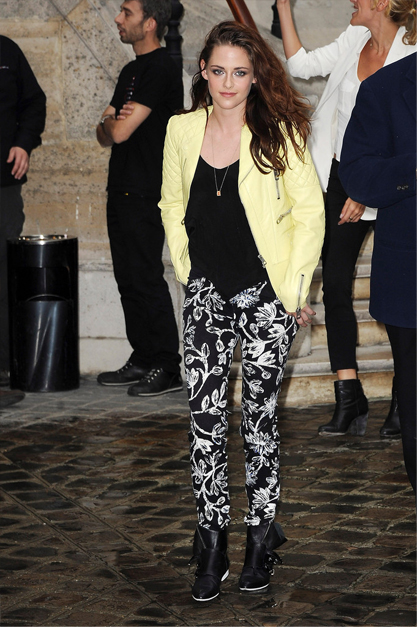