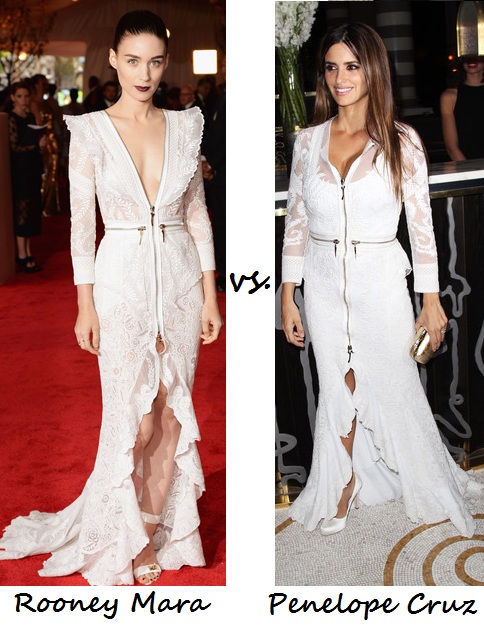 Fash-offs, to a certain extent, can be seen as form of fashion recycling. As soon as a celebrity is out of a particular look, another’s already jumped into it, ready to put their own spin on it.

This week’s fash-off is quite an interesting case of fashion recycling, and one we couldn’t wait to include in a frock-off!

Looking striking in Givenchy Couture, Rooney Mara made quite the entrance at this year’s punk themed Met Gala, in a white lace dress from the Fall 2010 Couture collection.

But this isn’t the first time we’ve seen this near-angelic look on the red carpet. Penelope Cruz gave said dress its first outing back in 2011, when she wore it to the London premiere of Pirates of the Caribbean: On Stranger Tides. Penelope went down the vanilla route when it came to her entire look, opting for sleek hair and a box clutch.

On the other hand, Rooney had a touch of the rebellious Lisbeth Salander about her look – which was slightly modified to add lace inserts at the shoulders – going with a dark lip and slicked back hair; almost sinful (pardon the pun) in comparison to Penelope’s angelic take on things.

Whose look do you prefer? We’re going with Rooney’s suitably harder look on this one. 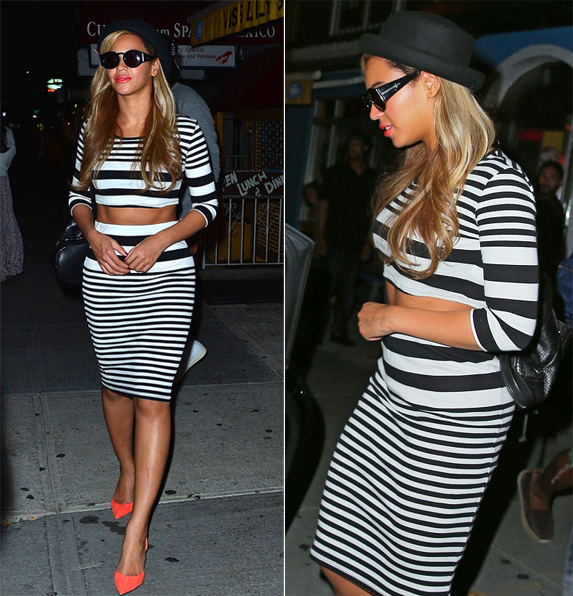 Beyoncé rocks Kurt Geiger back candy like a pro! 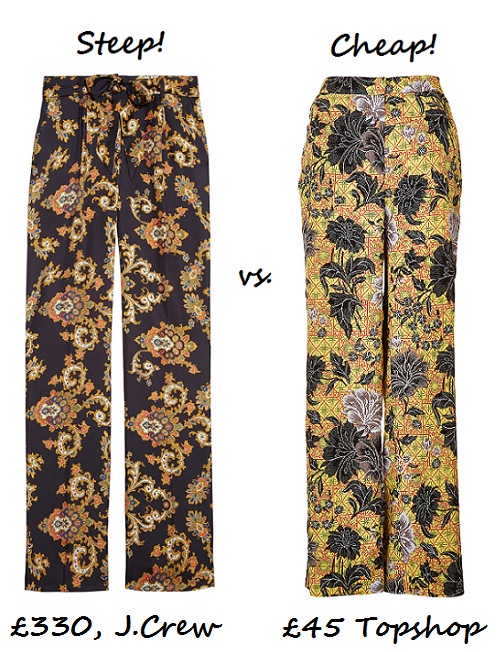