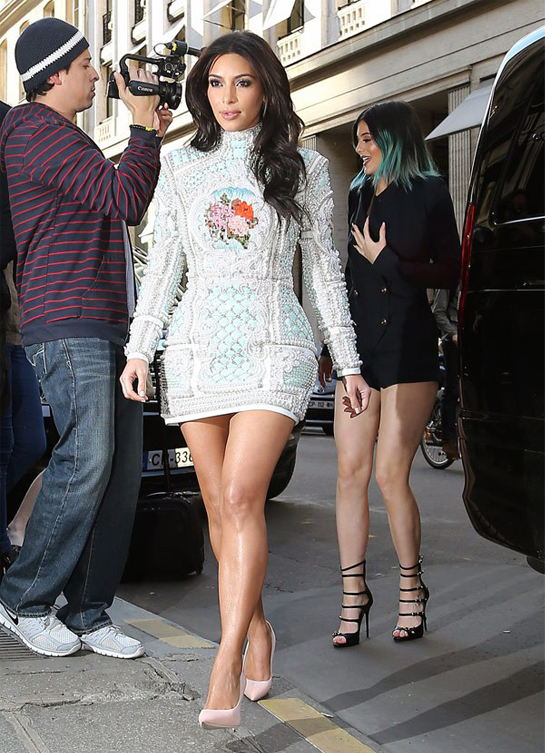 There’s no doubt about it, France is the place to be this week.

While some of the world’s biggest A-listers attended the Cannes Film Festival and, more specifically, the amfAR Cinema Against Aids Gala, Kim Kardashian had something else on her mind last night.

The future Mrs Kanye West and some of her closest gal pals were spotted out in Paris last night, partying and making the most of Kim’s last few days as a single lady.

And a fabulous night out with the girls wouldn’t be complete without a show-stopping outfit, and that’s exactly what Kim gave us! She stepped out in a glittering Balmain dress, which hugged each and every one of those world-famous curves beautifully and ensured that everyone knew she was the main attraction.

Is Kim’s Balmain dress a not-so-subtle hint that she’ll be wearing an Olivier Rousteing original on her big day? Only time will tell – not long ‘til we find out!

Can our mood be affected by the colours we wear? New Look seems to think so...