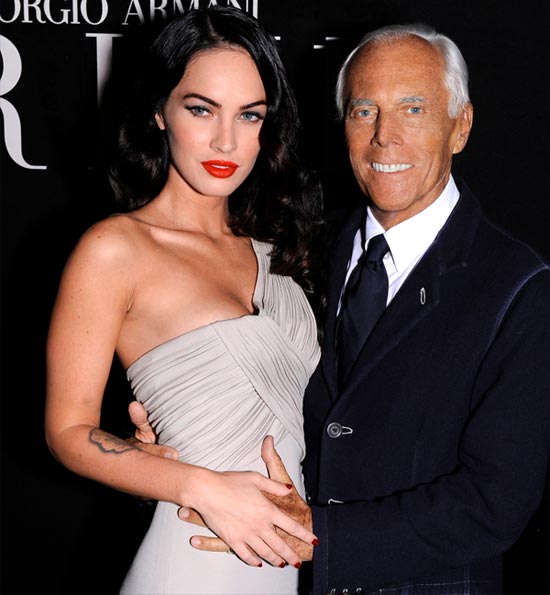 Megan Fox has been named as the new face , and body , of Emporio Armani Underwear and Armani Jeans.

The Transformers beauty , who stole the limelight at the Armani Prive A/W09 show , will front the women’s S/S10 campaign alongside Cristiano Ronaldo, who recently took over from David Beckham as the face of the men’s underwear label.

But for anyone hoping to see the stars appear in the campaigns together Ã  la Mr and Mrs Beckham, those dreams will be short lived, as Vogue UK reveals the pair will not be featuring in the same images.

Shooting for the campaign took place in LA at the weekend, where legendary fashion photographers Mert Alas and Marcus Piggott snapped Megan in the label’s latest designs, the results of which will feature in print and on billboards worldwide from January.

As Hollywood’s sex symbol du jour, we’re not surprised Armani picked the actress to front his campaign (and we’re sure looking stunning at his A/W show helped a little, too).