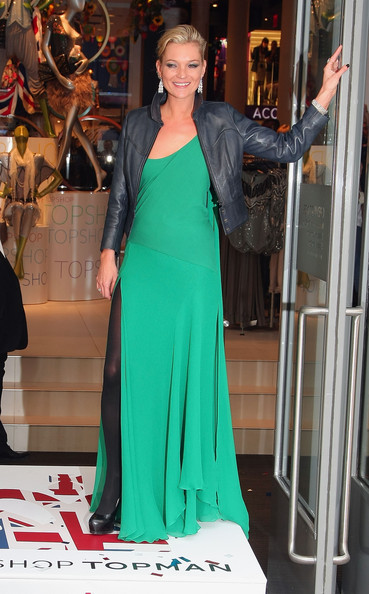 How many of you have shared in our dream of being able to borrow that dress from Kate Moss, have a nosey around Naomi Campbell’s clothes, or call up an uber-cool designer to pinch a piece for the night? Oh, you have? Pretty exciting, then, that Topshop are set to make those Christmas wishes come true.

And if none of the names above tempt you, there’s a bunch of designers who are donating their dresses too, from Topshop favourites Christopher Kane and Emma Cook to Richard Nicoll, Zandra Rhodes, Clements Ribeiro, Marios Schwab, Jonathon Saunders, Meadham Kirchoff and Danielle Scutt.

But that’s not the best part. Hiring a dress from your new borrowed-from-the-stars-wardrobe costs a mere £40. And, if after wearing your favourite dress you can’t bare to see it go, you’ve got the chance to own it forever as it falls into auction, with proceeds going to Age Concern and Help the Aged.

“Having worked with Topshop for so long, we didn’t think twice about donating our dress. It’s such a great cause, especially at this time of year,” Emma Cook told Vogue UK. “The combination of being able to help support Age Concern and Help the Aged and the chance for someone to wear our dress that wouldn’t ordinarily be able to afford to, is such a fantastic concept.

Oh how we agree , Christmas party nightmares solved in one cheap-chic step.