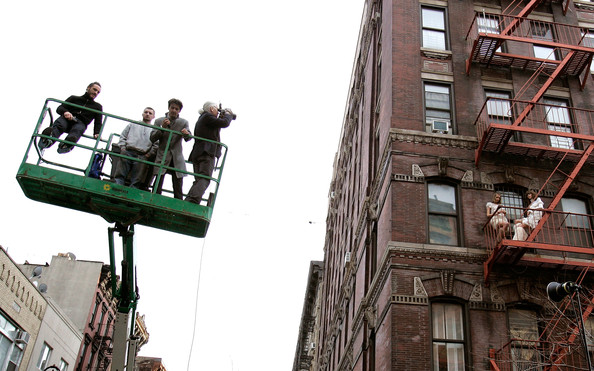 You can always rely on something créatif from Karl Lagerfeld, and his trip to New York this week to shoot Chanel’s A/W10 campaign delivered on that front just fine.

If you were in Manhattan’s Lower East Side at the weekend, you may well have witnessed rather a spectacle. Kaiser Karl was in town, along with models Abbey Lee Kershaw and Freja Beha Erichsen (who’ll replace Claudia Schiffer as the faces of the brand) to shoot the French Fashion House’s next campaign.

But this was no studio routine. Braving heaven’s heights, Karl snapped the models posing on fire escapes of buildings sporting key looks from next season’s icy faux-fur-filled collection as he took his chances in a cherry-picker crane, Elle UK reveal.

The ads will bow later this year, and from the glimpses we’ve seen, they’ll be worth the wait.