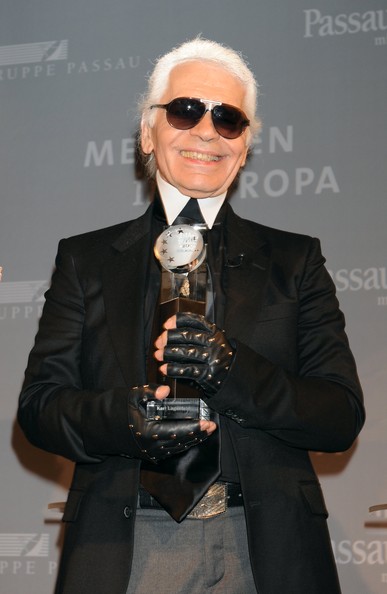 He’s known for his controversial comments is Kaiser Karl Lagerfeld, and in the latest issue of Vice magazine, he’s come out with some right crackers. Spare a few minutes, if you will, to read some of his most monumental quotes of the year.

Sunglasses are his religion, political correctness is boring, sex is only good with high-class escorts, he and Anna Wintour are fax-friends, exercise was cool until everyone did it, and Heidi Slimane made him lose 88 pounds is what you’re about to read, in a nutshell.

They’re my burka. I had an interview once with some German journalist â€” some horrible, ugly woman. It was in the early days after the communists â€” maybe a week after â€” and she wore a yellow sweater that was kind of see-through. She had huge tits and a huge black bra, and she said to me, â€œIt’s impolite; remove your glasses. I said, â€œDo I ask you to remove your bra?

It means people talking about charities. Do it, be charitable, but don’t make a subject of conversation out of it because then you bore the world to death. It’s very unpleasant. But I don’t go out a lot so I’m not so exposed to people.

People I’m really friendly with have faxes. Anna Wintour has one. We speak via fax. And in Paris I send letters to people.

I worked out when I was very young and then one day I was bored to death by it. I did it before other people did it. I did it in the 60s and late 50s.

Well, there came this new line from Hedi Slimane at Dior, that you needed to be slim to wear. It said, â€œYou want this? Go back to your bones. And so I lost it all. I lost 88 pounds and never got them back.

Liam Gallagher to do womenswear