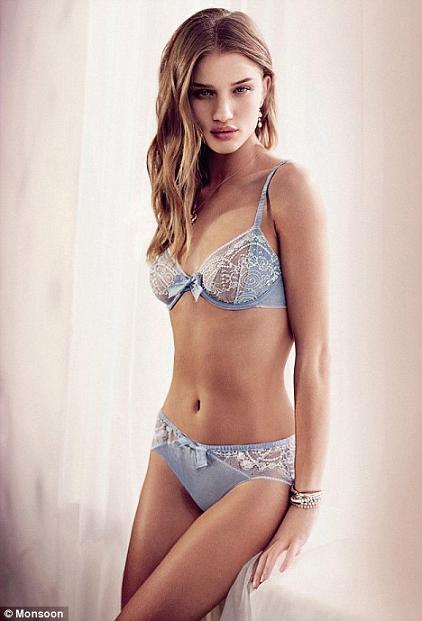 As a Victoria’s Secret Angel she’s used to posing in her underwear, but this time she’ll be doing it a little closer to British shores – Rosie Huntington-Whiteley has been snapped up by Monsoon to be the new face, and body, of its spring/summer 2010 campaign.

Quite the fashion coup, we think you’ll agree, for it would seem British girl Rosie is the model on everyone’s lips as of late after making numerous appearances on the AW10 runways, and posing seductively in the British chain’s latest lingerie offering, we can see why she’s in demand.

The ads are set to be launched in stores and online soon, the Daily Mail reveal – meanwhile, we’ll be in the gym trying to get a bod like Rosie’s (as if the Easter weekend didn’t have us heading there already).