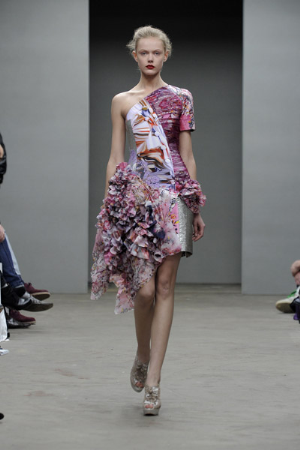 It’s celebrations all round this morning – the British Fashion Council have just announced which London-based designers will be receiving next season’s highly coveted NEWGEN sponsorship to show at September’s London Fashion Week.

And with NEWGEN being one of the world’s most recognised talent schemes – having propelled the likes of Alexander McQueen, Matthew Williamson, Giles Deacon, Christopher Kane and Erdem to fashion stardom – the designers chosen will be pretty darn happy this morning.

“The breadth of talent that has come forward this season is really exciting,” says the BFC’s Ambassador for Emerging Talent, Sarah Mower . “London is growing to encompass jewellery and shoe designers as well as ready to wear designers of many nationalities who see Britain as the ideal platform for setting up new fashion enterprises. We’re proud that, in tough times, this flourishing creativity is an asset to the UK economy, and that NEWGEN is one of the foundations of that unique London culture.”

Joanna Sykes on her role at Aquascutum