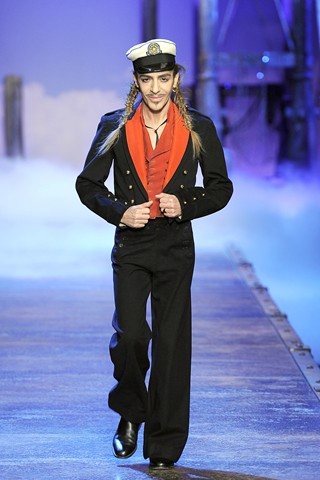 Just when you thought the fashion world couldn’t get any more surprising, news flies around that Christian Dior creative director, John Galliano, has been arrested in Paris for alleged assault – yes, seriously.

According to reports on international news agency ATP, via the BBC this morning, the designer was allegedly arrested in a bar after making anti-Semitic remarks and for assault on a couple.

Elle UK reports that no definite details of his arrest have been confirmed as of yet, but rumours are most certainly spreading like wild fire across the board.

Frankly, we don’t know when he’d have time for all this, but with his up coming Christian Dior AW11 show at Paris Fashion Week imminent, and Kate Moss’s wedding dress) to think about, we think this is one set back Galliano could have done without.