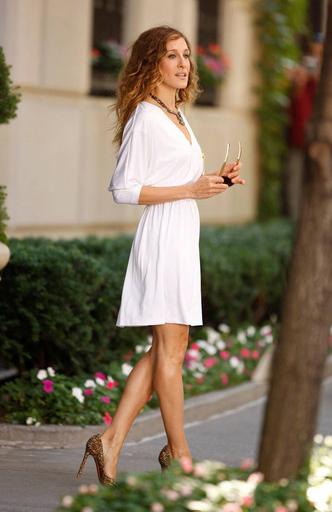 She’s worn most of the label’s yet-to-launch collection on the set of the SATC: The Movie sequel, but apparently Sarah Jessica Parker’s involvement in Halston Heritage goes much further.

Word on fashion’s street is that Sex and the City star Sarah Jessica Parker has landed herself a deal at the brand , but this isn’t your average celebrity collaboration, oh no: she’s bagged herself a senior design role.

“We hear that the Sex And The City fashion icon may end up with a much bigger role at the revived design house,” e-online revealed yesterday. “A source tells us that Parker may actually land some sort of consulting gig with Halston. Titles being bantered about include creative director and design director.”

Rumours floating around back in September suggested the actress looked likely to become the face of the luxury label, which is headed by London-based designer Marios Schwab; but given the success of her clothing and fragrance lines, it seems Halston’s had a smart change of heart.

We’ll be listening out for further updates.