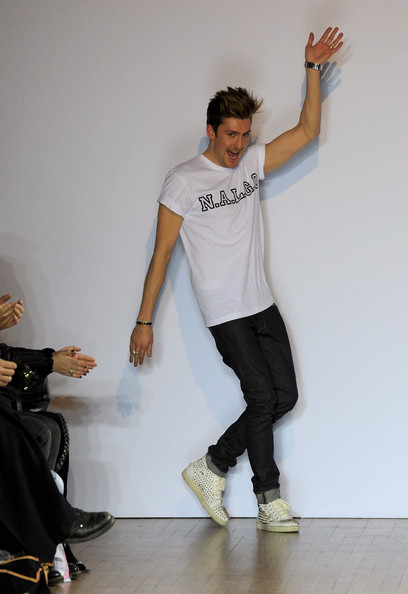 Ever fancied meeting a fashion designer? Let’s say you do, and let’s also say you’d like some freebies from said fashion friend , well, have we got news for you. One of London’s coolest kids, Henry Holland, is in town tomorrow, and he’s giving signed goodies away.

He’ll be heading to Debenham’s in London’s Oxford Street tomorrow from 10am to meet and greet fans of his new H! By Henry Holland range , and for the first 50 of you that get there, he’ll sign some goodies from the newly-released collection for you to take away for free.

Take it from us, it’ll be well worth a visit; not only is Henry one of the funnest boys in the business, his high street collection is pretty darn great, too.

Make your way to the Debenhams store in Oxford Street tomorrow, Wednesday 17 March, at 10am to meet the man behind the bagazine , the item on all the fashion editors lips , and if you’re lucky, get your very own signed version for free. But be quick, he’s a popular boy.