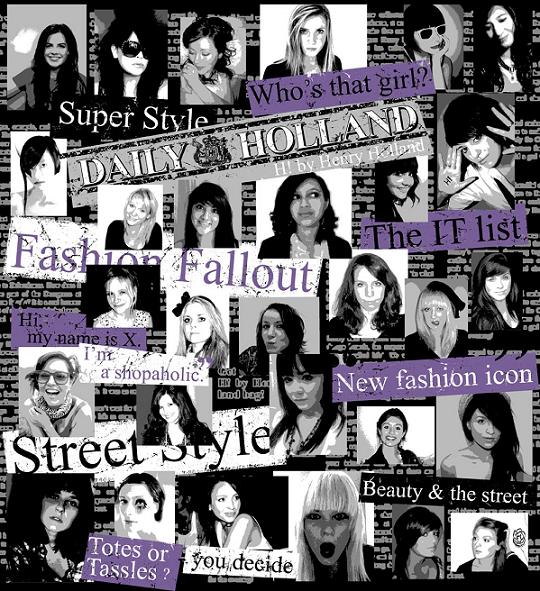 After head-hunting to find the faces of his next season collection, Henry Holland has released a sneak peek of an exclusive print that will feature across key pieces of his A/W 10 collection for Debenhams – and it stars 60 street-style snaps of aspiring fashionistas.

You may remember the competition a few months back launched by Debenhams and Henry himself to find fashionable faces that will feature across printed bags and scarves for his next H! by Henry Holland instalment; well consider those faces found.

The British designer chose the winners himself out of over 200 hopefuls, and has incorporated their photos into a one-off purple, black and white newspaper-style print – complete with signature slogans, natch – that appears on two pieces from his autumn collection, set to bow in 60 Debenhams stores this summer.

Congrats to the winners, and to the rest of you, study those faces – you’ll be wearing them come July.