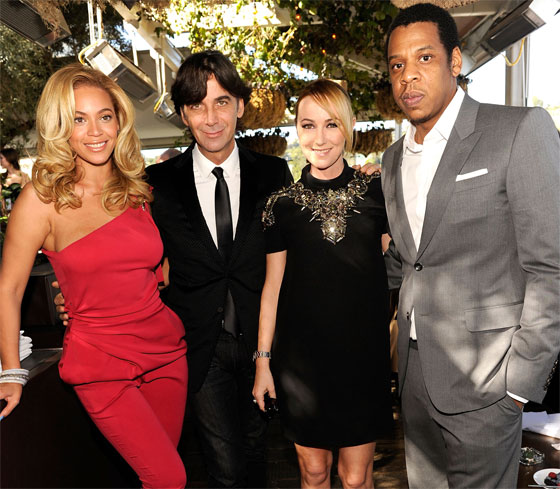 On Saturday, industry giants Gucci and Roc Nation hosted a pre-Grammy brunch at the private members club in Soho House West Hollywood – all in a day’s work to celebrate the 2011 Grammy Awards.

Gucci Timepieces and Jewellery were honoured to be named official partners of this year’s Grammy’s which took place last night, and after signing a three year contract with the musical masters, Gucci has launched an exclusive collection of Grammy-inspired watches and dog tag necklaces to mark such a special collaboration – all designed by the brands creative director Frida Giannini.

With special guests including Jay-Z, Beyonce Knowles, Rihanna, Will Smith, Charlize Theron, Camilla Belle, Florence Welch, Seal, Kings of Leon, Ryan Phillippe and Poppy Delevigne – phew! – the event was certainly teaming with famous faces galore, not to mention enjoying the delights of Mark Ronson and his DJ skills throughout the night.

Catch all our highlights from last night’s Grammy Awards here…

Katy Perry wows at the Grammy's