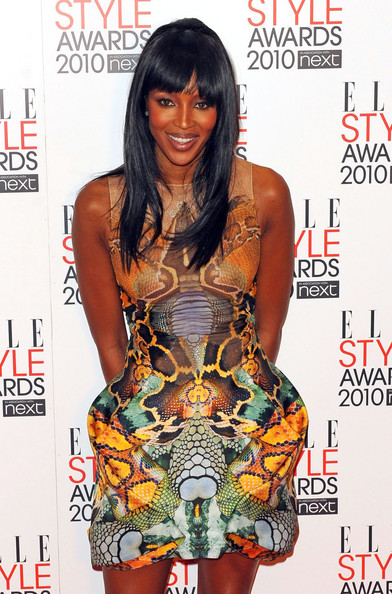 The beginning of this week saw London throw one of it’s most stylish events , in amongst fashion week and the buzz of the BAFTAs, Elle was hosting its annual style awards. And Naomi Campbell’s big win of the night left the fashion troop tearful as she paid tribute to her late friend Alexander McQueen.

â€œI dedicate my award to a close friend who loved and cared about women, Alexander Lee McQueen, she said tearfully as she collected her Outstanding Contribution award in a dress from the designer’s spring collection, of which she has been wearing regularly since his sad passing.

But the night still left plenty to celebrate, particularly if your names were Alexa Chung and Carey Mulligan.

Scooping the highly coveted Editor’s Choice Award was the British style icon who, fresh from the launch of her debut collection for Madewell, wore a pastel blue Chanel dress from the SS10 collection and coordinating accessories; whilst the actress du jour, after receiving her BAFTA prize at the weekend, picked up her Best Actress award in next-season The Row.

Speaking of which, Mary-Kate and Ashley Olsen were also on the receiving end of an award for Style Icons of the Year, and modestly collected their accolade in gothic-looking Lanvin and chic Christian Lacroix respectively.