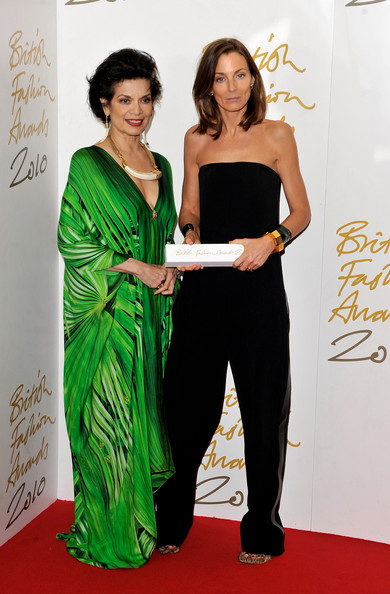 Last night London played host to this year’s British Fashion Awards – aka the fashion Oscars – and among the industry’s elite attending the ceremony were eleven very special people indeed: the winners. Let’s see who won what, shall we?

The big news of the night is Phoebe Philo, creative director at Celine and all-round queen of minimalism, who won the prestigious British Designer of the Year Award over nominees Erdem and Christopher Kane.

The inaugural British Style Award, as voted for by the public, was awarded for the first time to Alexa Chung – she’ll now act as an ambassador of British style across the globe (which, let’s face it, should come naturally to the industry’s new icon).

This year’s Designer Brand Award went to Mulberry who, after being beaten to the title by Burberry last year, pipped the British power house and Victoria Beckham to the post to scoop this year’s coveted prize.

And Lara Stone’s certainly climbing up fashion’s ladder, too – after scoring her Calvin Klein exclusive earlier this year, the Dutch super won the Model of the Year Award while Naomi Campbell was awarded Special Recognition for her influence and contribution in fashion.

See below to find out who won the rest…

Congratulations one and all!

Is Blake Lively the new face of Chanel?