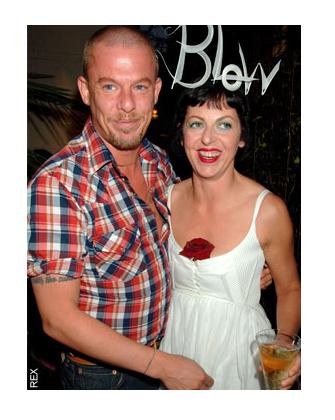 It was the friendship with which fashion was fascinated, was the relationship between the late, great Alexander McQueen and fashion icon Isabella Blow, and one that this year is set to be immortalised when the latter’s phenomenal wardrobe goes up for auction.

Over 90 outfits from Alexander McQueen will go on sale at Christie’s in September alongside 50 hats from milliner Philip Treacy – for whom she was a muse – and shoes by Manolo Blahnik in an auction that will only go to highlight the incredible relationship Blow and McQueen shared since the very beginning of the designer’s career, when she famously bought his entire graduate collection for £5,000.

“What we have is unique — it shows that McQueen really deserves his place in fashion history and that Isabella was there before anyone else, she saw what was good so far ahead of the game,” Patricia Frost, director of fashion and textiles at Christie’s in London, told the New York Times.

The sale, taking place on behalf of Isabella’s family, will be held at Christie’s auction house in South Kensington, London, on September 15 – we suggest you start saving if you fancy your chances at a piece of fashion history.