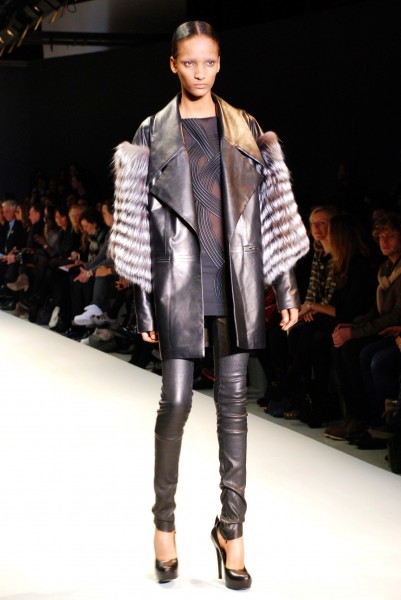 He was the little-known designer at February’s London Fashion Week but his debut catwalk collection caused quite the stir – and he looks set to stir some more now that his impact on fashion has been cemented, for Hakaan has just won this year’s ANDAM award.

After the fuss at last season’s Fashion Week, we knew the Turkish-born designer would be one to watch – he scooped Lara Stone and Natalia Vodianova to walk the runway, Kate Moss was front row, and even Carine Roitfeld made the trip across the channel especially to see his grand unveiling – and it seems we were right.

Hakaan beat off stiff competition from the likes of Mark Fast, Bouchra Jarrar and Francesco Scognamiglio to scoop this year’s prize – which in previous year’s has been won by some of London’s finest, including Giles Deacon and Gareth Pugh – and he’ll now received a rather tasty 220,000 euros to expand his business in France.

But that, we’re sad to say, means he’ll be moving his show to Paris. That’s a bit disappointing for us London folk – we’re sure September would have seen something special from him – but it’s great news for Hakaan, just look at what happened to Giles after he moved across the channel. Big things.

Congratulations Hakaan, we can’t wait to see what you have in store for us next (even if we do have to make do with pictures).