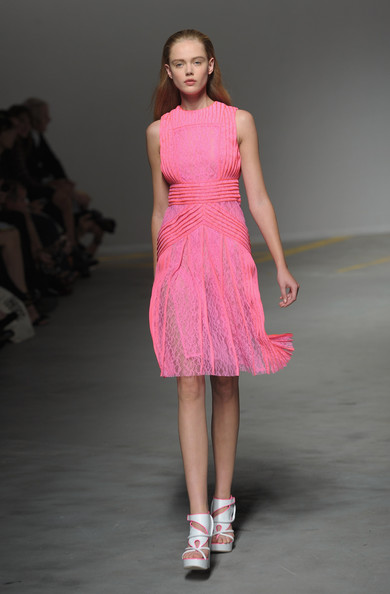 If you want to know which British label’s are preparing for international style stardom, listen up – The British Fashion Council have just announced the shortlist for this year’s 2011 BFC/Vogue Designer Fashion Fund.

Now in its second year, the designers making the cut this year include the best in emerging British womenswear, menswear and accessories labels – so without further ado, let’s see who’s set to hit the fashion big time.

Charlotte Olympia, Christopher Kane, E. Tautz, Jonathan Saunders, Nicholas Kirkwood, Osman, Peter Pilotto and Richard Nicoll have all been picked as this year’s front runners, and will face a judging panel of industry experts when they present their collections and future plans in the coming months.

But only will join the ranks of Erdem – who won last year’s inaugural prize – and win £200,000 as well as one-on-one mentoring to receive both the financial support and business acumen to take their label global.

“It is very exciting to be in our second year of the Fund,” says Alexandra Shulman, Editor of British Vogue, who’s among the Fund’s judging panel, “and to be providing such tangible help to this extremely impressive shortlist of British designers.”

Here’s to looking forward to March when the winner will be revealed.

Gifts under £50 for her: Origins famous favourites set