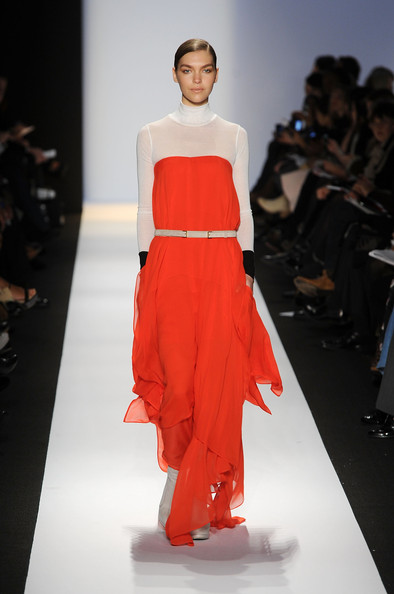 Kicking off yesterday was New York Fashion Week and its week-long procession of fashion, clothes, catwalks and famous faces galore. So to keep things simple among the chaos, we’ve rounded up the hotly-anticipated schedule in easy-to-read chunks so you know who’s on when. How sweet are we?

Yesterday it was the turn of Nicholas K to begin the fashion filled proceedings, followed by Lyn Devon, BCBG Maxazria, Richard Chai, Vena Cava and Duckie Brown – but it doesn’t end there.

Today’s schedule is set to be an even more exciting one, with the latest from Rag & Bone, celeb favourite Jason Wu and the epitome of American chic Tommy Hilfiger.

Over the weekend Alexander Wang and Altuzarra will both show on Saturday, followed by our own British super Victoria Beckham, Derek Lam, Preen, Diane von Furstenberg, Tory Burch and Thakoon on Sunday.

Probably the most eagerly anticipated show of them all on Monday is Marc Jacobs, closely followed by Donna Karen and Theysken’s Theory. Whilst according to, Vogue UK, Helmut Lang, Black Swan costume designers Rodarte, Marc by Marc Jacobs, Sophie Theallet, Halston and Narciso Rodriguez will all take centre stage on Tuesday.

On Thursday, Michael Kors, Oscar de la Renta, 3.1 Phillip Lim, Marchesa and designer duo Proenza Schouler will head up the first shows of the day. Finishing up with Calvin Klein Collection, Ralph Lauren and Gwen Stefani’s L.A.M.B. before our own London Fashion Week gets underway on Friday.

Stay tuned for our reviews of the hottest shows…

Lady Gaga on McQueen and looking like Isabella Blow

Has Carine Roitfeld got a new job?